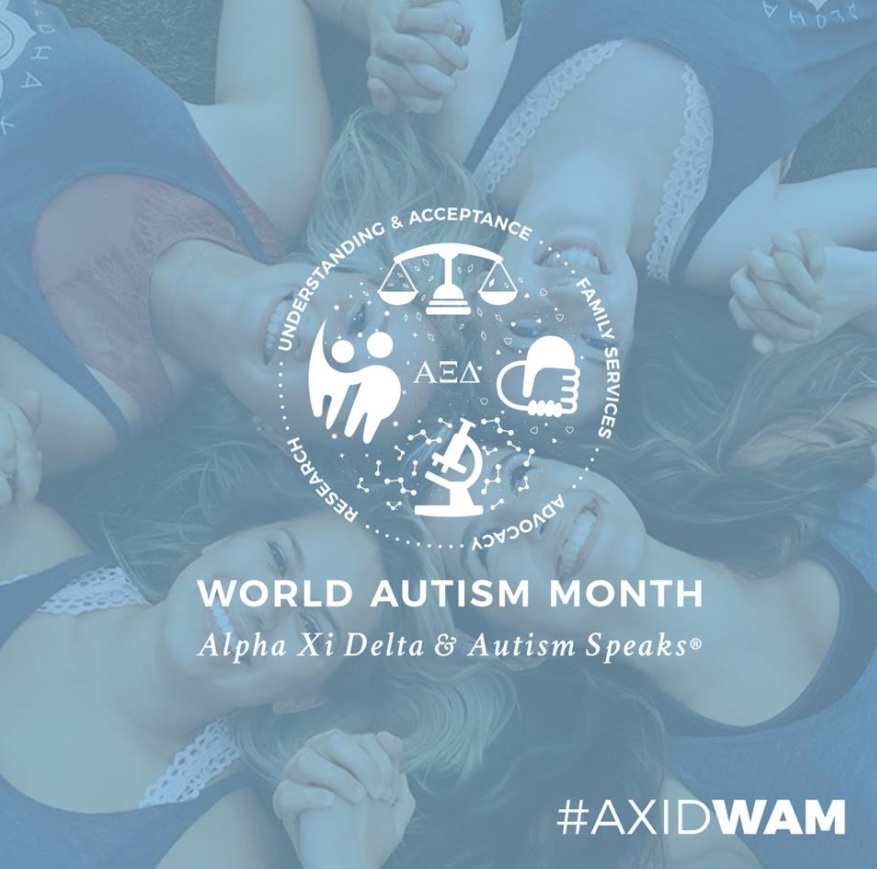 The Mission Statement for Autism Speaks reads - “Autism Speaks is dedicated to promoting solutions, across the spectrum and throughout the lifespan, for the needs of individuals with autism and their families through advocacy and support; increasing understanding and acceptance of autism spectrum disorder; and advancing research into causes and better interventions for autism spectrum disorder and related conditions. Autism Speaks enhances lives today and is accelerating a spectrum of solutions for tomorrow.”  As of March 31, 2016, the Centers for Disease Control announced that overall autism prevalence rates in the U.S. indicates that 1 in 59 American children are on the autism spectrum.  (An estimated 1 in 37 boys and 1 is 151 girls.)  The Zeta Xi Chapter of Alpha Xi Delta fully supports our national philanthropic partner, Autism Speaks.   As the world's largest researched based autism advocacy organization, Autism Speaks is dedicated to "enhancing lives today and accelerating a spectrum of solutions for tomorrow".  Our sisters demonstrate our support of Autism Speaks in a number of different ways in the Auburn/Opelika community. 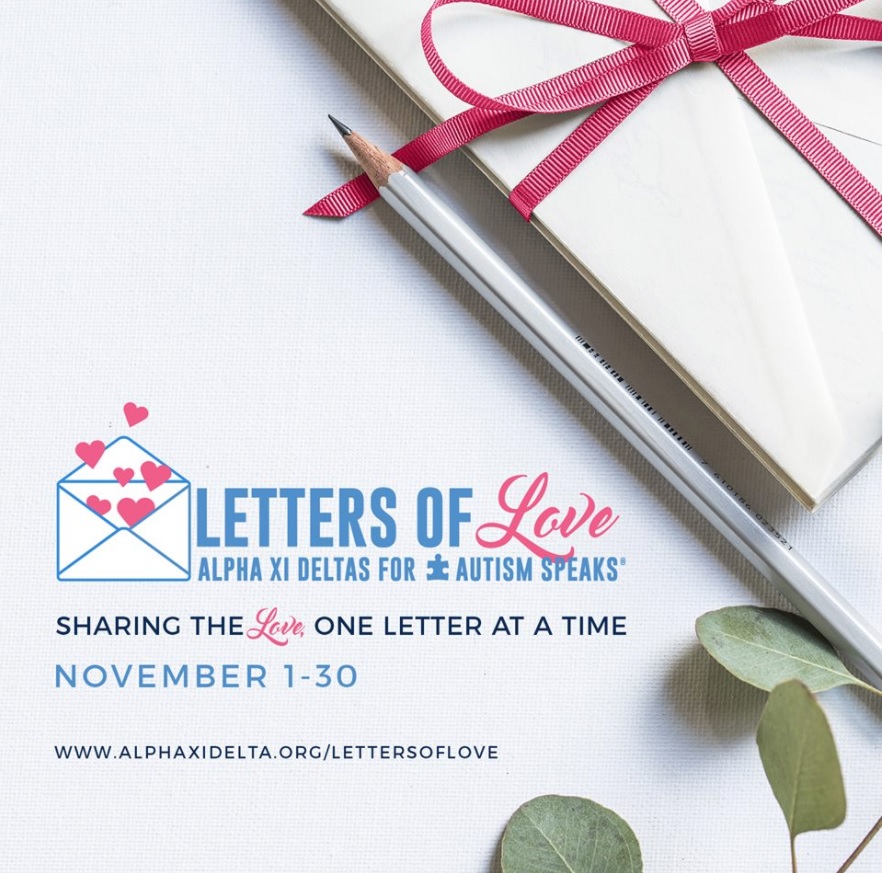 Since our affiliation with Autism Speaks  in 2009, Zeta Xi Chapter has raised over $260,000 through our fall fundraising events.  In 2015, Alpha Xi Delta was named the official sponsor of the Autism Speaks signature walk event.  Zeta Xi Chapter sisters initially hosted a local 5K run to support this effort.  However, as larger walks became available in larger surrounding cities, chapter sisters decided to give our fall fundraiser received a makeover in 2015 and is now entitled "Illuminate".  "Illuminate" is a BRAND NEW fundraising project designed by sisters to engage and involve more members of the Auburn Family. The idea began after the sisters hosted a wildly successful Kendra Scott trunk show.  A portion of the proceeds went directly to Autism Speaks.  Expanding on this concept, "Illuminate" was born.  This is a boutique shopping event held in the Alpha Xi Delta chapter room.  Ten of the best boutiques in the Montgomery, Columbus, Birmingham, Huntsville and Alex City/Dadeville areas participate in this event and commit 10% of the proceeds of sales directly to Autism Speaks on behalf of the chapter.  This event is open to the public and everyone is encouraged to attend. 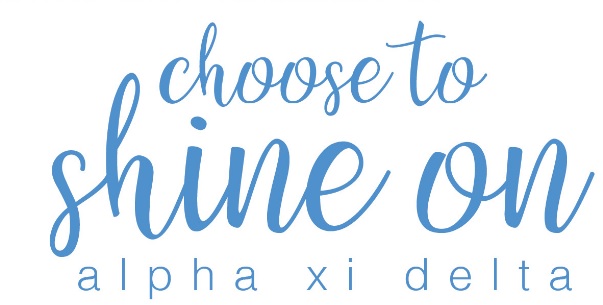 Chapter sisters host an annual "SHINE ON" Autism Awareness Campaign during the first week of April in conjunction with Autism Speaks' international "Light It Up Blue" awareness campaign.  Prominent buildings on Auburn's campus, such as Cater Hall and Samford Hall, are illuminated with blue lights as a reminder to the community to take notice of this severly under-funded disorder.  These buildings are just a small part of hundreds of other national prominent building that are lighted in blue to commemorate National Autism Awareness Day.  For more information on Autism Speaks Light It Up Blue Awareness Campaign, see https://www.autismspeaks.org/liub/what-liub

RAISING THEM RIGHT
Chapter sisters are committed to a "hands on" approach to our philanthropic projects.  In working with families and various programs such as Best Buddies on campus, it became clear that there was a real need for a prom alternative for students who may become overwhelmed by the pressures of a traditional prom environment.  To address this need, sisters created "A Night to Shine" - a prom exclusively for students with exceptionalities.  This event includes music, dancing, refreshments, photo booth opportunities and a sensory friendly zone for individuals who may need to take a break from all of the excitement. Sisters collected prom/formal dresses to donate to students who may not otherwise have been able to attend.

Through these various projects through the year, sisters are able to see first hand the difference they can make in the Auburn/Opelika area.  With 1 in 59 children diagnosed with autism and no known cure, the sisters of Alpha Xi Delta are committed to improving the lives of children and families affected by autism. We hope our fundraising and awareness efforts can help put one more piece of the autism puzzle in place.

Connect With Our Chapter